Overview of the spiritual hierarchies

Schema FMC00.273 provides an overview of terminology used in various teachings for the spiritiual hierarchies.

Schema FMC00.274 sketches a functional view on how we can imagine the work of the first and second spiritual hierarchy in hat we call the cosmos or the world of the stars and planetary systems. 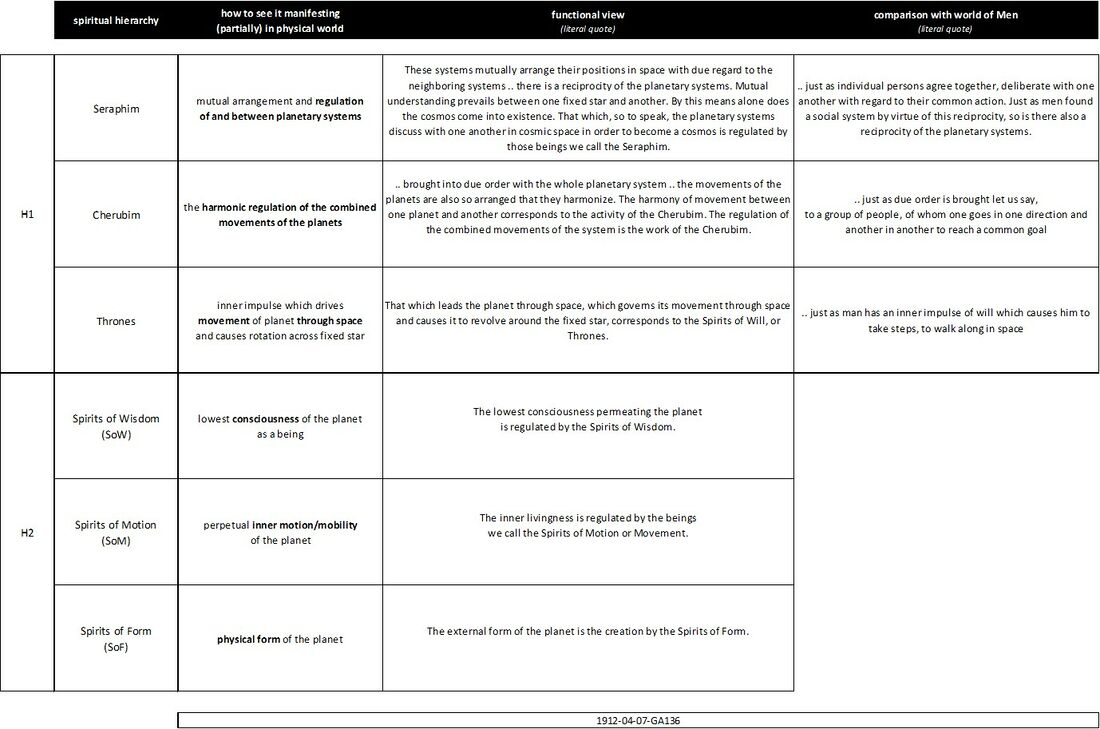 Rudolf Steiner goes furthers than all the above, and then ever before in the open teachings on spiritual science. He explicitlys cover the spiritual hierarchies in depth, one could say in two main sections.

Building on the 1908 and 1909 cycles, especially the 1912 lecture course stands out as not just unique but also bewildering in terms of insights and images sketched for contemplation and imagination.

6. The following hierarchies and orders exist among the angels:

(a) The highest hierarchy includes the orders of (indescending order of rank) Seraphim, Cherubim, Thrones.

(b) The middle hierarchy includes (in descending order of rank) the ordersof Dominations, Virtues, Powers.

This classification is commonly, but not unanimously, accepted by learned doctors.

7. After the end of this bodily world, the angelic orderswill continue to exist, but their offices will not be altogether the same as they now are, for they will then no longer need to help human beings to save their souls.

Other sources and their terminology