Putting the impact of the Christ Impulse in an evolutionary perspective can be done at various levels whereby we zoom in or out at a different evolutionary scope.

The MoG introduction lectures touch on this at a higher level, without getting into detail. This module recaps this 'simple version', and provides a structure with separate pages where the topic is covered more technically and extensively.

The difference between this and the generic topic page coverage of Evolution is that here the focus is on the role and impact of Christ and the Mystery of Golgotha, whereas the general Evolution coverage goes into the evolution of spiritual hierarchies, creation of the building material and develpment of the kingdoms and cosmos as a whole.

Schema FMC00.014 below is at the level of the solar system evolution, showing the planetary stages and zooming in on the transition from Earth to Future Jupiter. 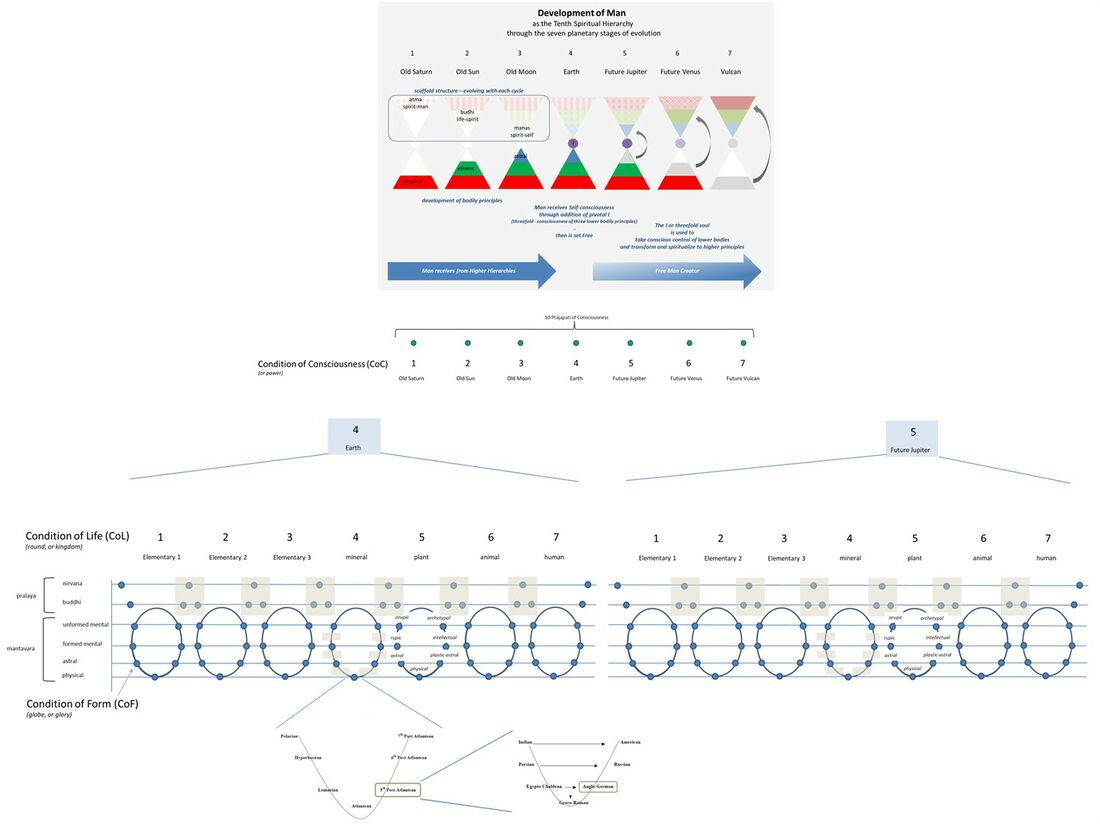