The Paradise Legend appears in the Book of Genesis and relates to the period in the Lemurian epoch of the Luciferic infection and its consequences. Man gained consciousness of the sensory world, the two genders appeared, as well as physical incarnation and the process of reincarnation. This is referred to as the 'Fall of Man' and the 'original sin', see also Fall and redemption - original sin and grace.

Related are the following legends or storylines:

The storylines [1] to [4] are related and to be studied together, as is done in the rosecrucian study tradition. Together, they make up for an ancient form of teaching of what is also taught in modern spiritual science.

The topic pages on this site give links to the related concepts such as Man's bodily principles, Man's higher triad, the Luciferic infection in the Lemurian epoch, The heart's two blood circuits, Initiation, etc.

For background: the five books of Moses are also called the Pentateuch or the Torah; in the English Bible these are called the Book of Genesis, Exodus, Leviticus, Numbers and Deuteronomy (original hebrew: Be-reshit, Shemot, Va-yikra, Be-midbar and Devarim) (re 1904-06-10-GA093).

Philo of Alexandria (who later incarnated as Spinoza and Fichte) taught these five books of Moses (see eg 1902-02-GA087), with a.o. Lazarus-John (see Christian Rosenkreutz and the Mystery of John) as one of his pupils. The stream around the teachings of John (the Gospel of John and the Book of Revelation) is positioned (in 1902-04-05-GA087) as 'an early mystical theosophical school'. Hence the link with the rosecrucian stream whereby the Individuality of John or Christian Rosenkreutz lies at its foundation. Furthermore, the architect Hiram Abiff of the Temple legend is stated by Rudolf Steiner to be an earlier incarnation of the same Individuality of John or Christian Rosenkreutz.

Other examples of such earlier teachings on spiritual science are given on Ancient history of myths and legend, eg the Osiris story in Egypt, etc.

Schema FMC00.330 provides a schematic overview of the Temple Legend and the building of Solomon's temple (click three times to enlarge) 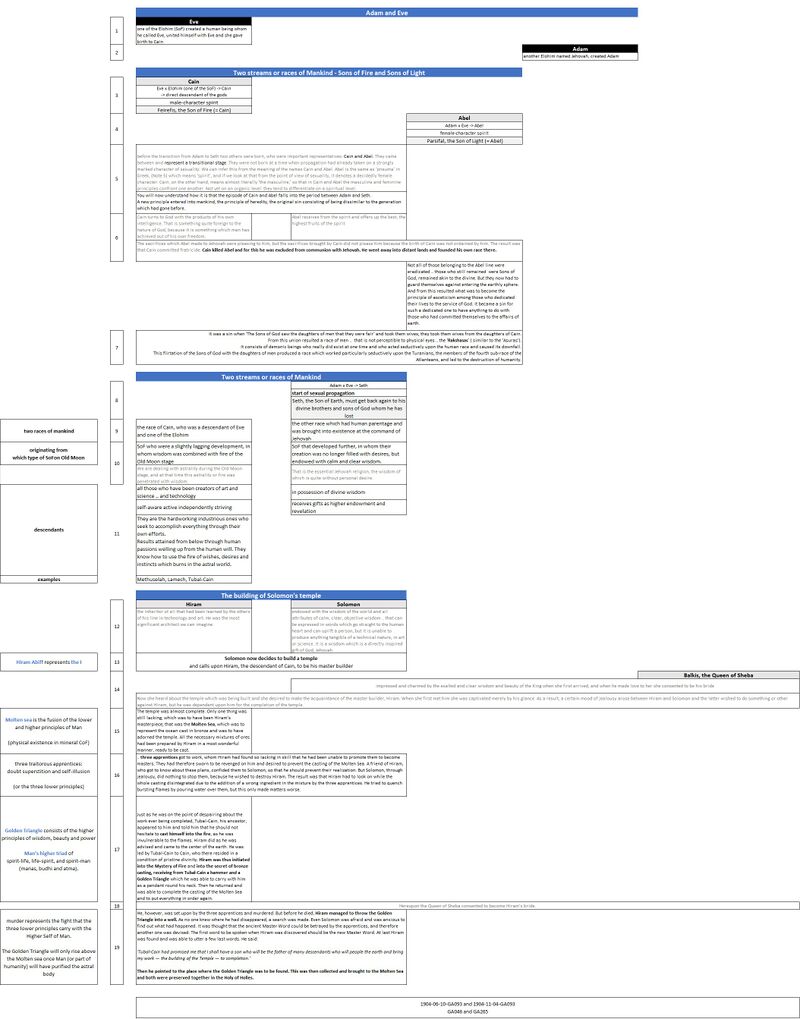