The study of evolution from a spiritual scientific perspective is something one should regard from a perspective not of days or months, but of a decade. It is a subject of such complexity that the mind will need years to read, absorb, assimilate, and build a framework of understanding and insight. This is the experience of some of the most well-known anthroposophists, and it is also the starting point for this first study module that follows from such study.

In these modules the aim is to provide a guided pathway that earnest students can rely and fall back on during this long road and very personal journey.

The first module is about laying the foundation by initializing one's own foundational framework. For this the key to success is to actively engage the mind. In what follows, this is done by not just reading source texts on evolution, but by taking up an active comparison between three main sources, and distilling from those one's own framework. The three sources differ in depth and breath of coverage, and perspectives that are shed light on. The comparison is the core of the study process, and by this the mind is fully engaged in trying to merge perspectives and build an imaginative understanding at a higher level.

The first step consists of reading and studying three foundational source texts, as listed below. The process consists of

The key here is to take time and invest your own soul energy into this out of inner fire or intrinsic motivation (see also 'living with questions'). There is just no way to benefit from rushing or trying to speed up or shortcut the process, quite on the contrary.

What you are doing here, is making this your own through a soul process, working the material mentally and emotionally. The physical study notes and schemas are just a practical tool or means, but not the essence of what you are doing. The real value lies in your thought process, not purely intellectual thoughts but thoughts that you try to embody with lively imagination. This does sound abstract when put this way, but by doing it you will automatically glide into the groove.

This site explains in other places how this soul process can also be understood from a spiritial scientific perspective. That is: from an understanding of how one's thinking and feeling actually works, how it relates to the higher planes (eg the layers of the mental world).

From all of the above, one will develop an understanding how your own soul-work in the study process contributes to the future, how it provides the seeds for future worlds.

Now you have developed your own 'ensouled' foundation, so to speak 'incorporated it into your own soul', and also have some physical tangible elements in your hand in the form of study notes. Time has moved on, months and years fly by, but you have acquired something that will not loose and can build on and, like a sculptor you can mould this, to develop ever deeper insights.

Step 2 consists in putting yourself to the test. Several approaches can be suggested here:

Focus on the evolution of nature's kingdoms, and/or the spiritual hierarchies. 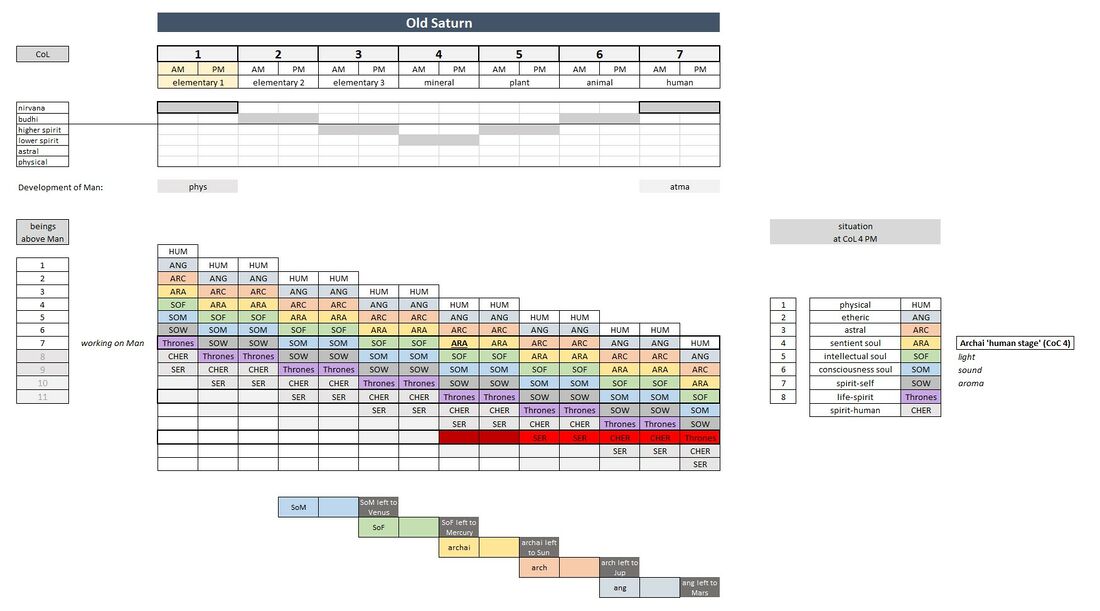