Schema FMC00.199 provides an overview of the seven CoL in the Old Saturn planetary stage. 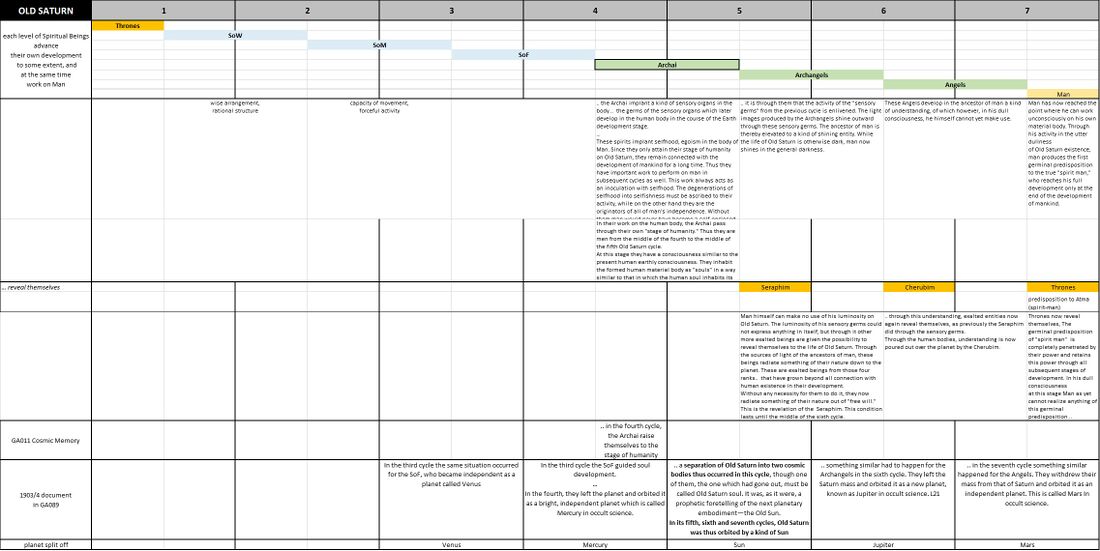